Time To Examine Your Beliefs About Reality

Most people live their daily lives as part of the 'official line of consciousness' - normal people with normal beliefs and interests, comfortably going along with the status quo, or accepting that things are just the way they are - without ever really questioning life any deeper than the surface they reside on.

Now, in these very different and challenging times, our mental outlook is more important than ever. A friend of mine used to say: "If you can't change your situation, change your attitude." This wasn't meant to be as condescending as it sounds and the advice is basically sound. In addition to this advice, let's look at the metaphysical approach. Whatever you focus your attention on, becomes more apparent in your mind and through 'law of attraction' draws more of the same to it.

In the week previous to writing this post, it occurred to me that some people spend a lot of time in isolation; some we give little thought to, such as those who might spend several months on the ISS (International Space Station). This inspired me to create the image shown below, which I posted on social media: 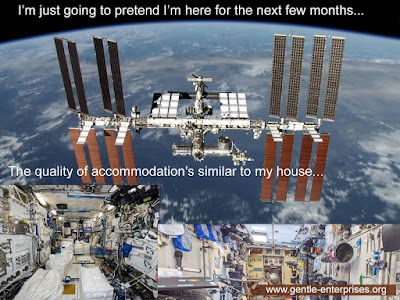 Since then, two other posts were made, offering suggestions of how to cope and ideas they were given as Astronauts:

Living Life at a Distance

Many people say they weren't expecting this pandemic situation and asking 'why didn't anyone know this was coming?' Well, I have news for you: lots of people knew this was coming - including (love him or hate him) Bill Gates:


I asked my Astrology friend, Christine, if she could see what Astrology shows:

"March suggests a completely new cosmic energy as stern Saturn arrives in the innovative sign of Aquarius on the 22nd. Prepare for a challenge, Saturn has not been in this sign since 1994 and it will remain in Aquarius until March 2023. We will all feel the volatile impact of Uranus ruled Aquarius as we question the boundaries we have created in our life and begin the process of restructuring them. Rather than holding on to old habits, we should become more interested in experimenting and breaking free from whatever the status quo has been." - see the full details at Your Guiding Light. 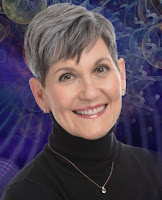 Back in 2000, I attended 'The Field' Conference, in London, organised by Lynne McTaggart. Lynne has always been interested in the connections between spirituality and science and has researched to discover commonalities in both. During the conference, I participated with others, in a 'remote viewing' session. This is something that first gained public attention with the Russians and involves being given an envelope containing coordinates to a specific location, anywhere in the world. Using 'blind' experiments, it was found that a remote viewer could mentally travel to the location and see what was happening there. In the 'Cold War' years, both the Russians and the Americans trained remote viewers to 'visit' and make drawings of locations - often military - and describe what they could see from a distance. A couple of strange things occurred with early experiments: 1) the envelope containing the coordinates didn't need to be opened or seen by the remote viewer and 2) it was realised that remote viewers had to be given a date for the viewing. On one experimental occasion, a remote viewer drew an aerial image of buildings which included 2 big circles. The person who had provided information on the 'target area' said that there were no circular buildings in the location. It wasn't until the researchers examined past photographs of the site, that they realised that several years in the past, there had been 2 large silos on the site.

Anyway, to return to my point. I lay on the floor with about 200 other people, whilst we were guided through a remote viewing exercise. Remember, this was year 2000. Many people already had in mind, the Mayan Prophecy of 2012, where the world could end, or at least change considerably. 21 December 2012 was the end of the 'Mayan Long Count'. Our remote viewer instructed us to go to the year, 2052. I remember thinking, 'that's a bit pointless, if the world ends in 2012'. But anyway, I went along with the instruction.

Population experts had always predicted an exponential growth in the world's human population. At the time, we had just hit 7 billion people on the Earth and now there are 7.8 billion. It seemed inconceivable to many, that this trend would not continue. However, without exception, myself included, the people in the room reported afterwards that the world's population had diminished considerably. We were informed that this remote viewing exercise had been repeated in locations around the world, with the same resultant feedback. What I had personally noticed, were people living together in small communities and special interest groups. In the UK, most were only a little more than hunter-gatherers, but people seemed relatively content. Government had long gone and in America, a reduced governance was in place, but nothing like the current Federal behemoth. I noticed one group of people who were interested in militaria, but they were not interested in invading anyone - they just enjoyed the lifestyle. It seemed in general, that people were getting on well with one another - perhaps appreciating the past, in relation to their current experience, and not wishing to repeat that. 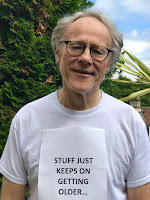 In 1995, he wrote 'Fingerprints Of The Gods' where he first shared his ideas on planetary catastrophe. In 2015, he revisited his findings in more depth and with fresh eyes, in 'Magician's Of The Gods', uncovering strong evidence of a Comet (or part of a Comet) impact that caused almost total annihilation of an advanced human civilisation and many of the Earth's species, between 12,800 and 11,600 years ago. 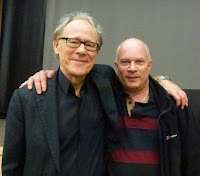 I attended one of Graham's many book signing events - not only up and down the UK, but also internationally, and found the book to be extremely well written and researched with plenty of cross-referenced evidence. What I have always liked about Graham, is he is not what I call an 'armchair explorer', like most of us. Graham goes out to all the locations he writes about and examines firsthand, the material he is going to write about... and occasionally, some of those places may be modern-day war zones! What surprised me though, wasn't the content of Graham's discoveries, but the bombardment of, quite nasty at times, disparaging comments by mainstream geologists and archaeologists. However, I am pleased to say, that since the publication of Graham's book and many guest appearances on talk shows, scientists and researchers around the world are now admitting, Graham was correct in his assertions. 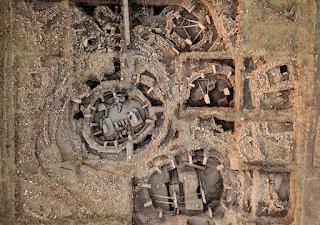 One of Graham's most striking pieces of evidence was a 10,000 year old site, unearthed by archaeologists in the Southeastern Anatolia Region of Turkey, Gobekli Tepe. What makes this site more incredible than most, is that its intricately carved stone circles, once completed, were then physically filled in and hidden by its makers. This is why it has been possible to date the site so accurately - the infill was deposited at the time and not windswept in over many centuries, like most other ancient

monuments around the world. So what's so special about Gobekli Tepe, you might ask? Well, not only is it unique as already described, but it provides detailed information of the cataclysm that took place between 12,800 and 11,600 years ago and predicts that we have once again reached a point in time when this is going to recur. And this from a site that has still only been partially uncovered!

Now, if you had mentioned Coronavirus (COVID-19) a few years ago, it would hardly have got any further in public acceptance than the many science fiction and horror movies exploring similar subjects. So when we now talk about a catastrophe of cosmic proportions - is anyone really going to take this seriously? What a far-fetched piece of scaremongering nonsense!

Since Graham published his discoveries, he has constantly said that organisations, such as NASA, should really be developing more awareness of, and tools to combat, potential near Earth objects (NEAs), so that we can be ready if a Comet, Asteroid, or sizeable space debris, enters our atmosphere and gets through. And it probably won't take anything particularly big to trigger an extinction level event - but its speed and mass on impact, will be devastating.

We already have recorded examples, in our own recent history, of space originating materials entering Earth's atmosphere. The Tunguska event was a large explosion that occurred near the Podkamennaya Tunguska River in Yeniseysk Governorate (now Krasnoyarsk Krai), Russia, on the morning of 30 June 1908: 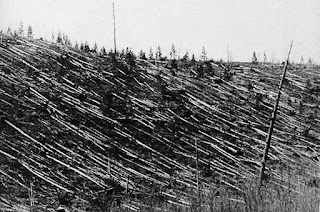 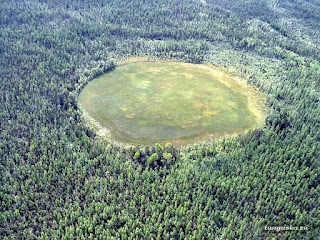 Even to this day, nothing has grown back

The collisions ended up occurring for a number of days, from July 16 to 22, 1994. 21 separate fragments of the comet smashed into Jupiter's atmosphere, leaving blotches behind. Commentators at the time said, 'this proves that planets can still be hit.'

Some of you may remember the Chelyabinsk meteor - a superbolide that entered Earth's atmosphere over Russia on 15 February 2013. 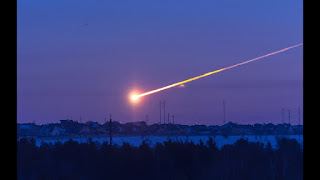 Certainly another close encounter and a warning shot across our bows.

Anyway, this post is getting a bit long, so I'll stop now. All I am saying in conclusion is, examine your beliefs about the realities you experience. Know that despite what people may tell you, nothing is impossible. We live in an amazing universe and our physical experience goes beyond what most of us understand... and it can change very quickly.