Once again, racism against non-white's has exploaded like a pent-up volcano, with hot lava flowing throw the indignant masses, who are sick of the time it takes for political procedures to address their growing anger on the lack of progess being realised in equality for all.

This clearly shows that leaders and politicians have not done enough to address the concerns of Black, Asian, and minority ethnic (BAME) groups - not only in the USA and UK, but across the world.


So what have our politicians done to show their concern and understanding?
It seems that most have metaphorically reached for their petrol canisters, climbed to the top of their official residences and sprayed fuel onto the protester's fires, before continuing to fan the flames through the media. They have then resorted to waving their law books, but quite frankly, there are times when the law is indeed, an 'ass',* when through changes in a society's understanding over time, have brought people to new awarenesses and understandings about the way people behave towards one another. What use is there in a society becoming more enlightened, only to then be held in check by its [often ancient] laws that have truly lost their relevance?

The argument over whether or not Edward Colston's statue should remain on prominent public view in Bristol, with its offencive plaque proclaiming 'a character of virtuous deeds', has apparently been smouldering for about 20 years! What part of a 'no brainer' do those responsible for keeping such a monument in place, not understand? It could rightly have been placed in a museum, with a proper explanation of its removal, years ago.

Here's another virtuous person who gave a lot of money for helping others: Jimmy Savile. Bestowed with the title, 'Sir James Wilson Vincent Savile OBE KCSG' and laid to rest on a Scarborough cliff, facing out to sea, topped with a grand headstone. Well, that was very swiftly removed within days of the story reaching the press about his sexual predatory, paedophile behaviour.

And yet, in both of the above examples, a certain cultural and historical acceptance of such behaviours being 'of their times' were either largely ignored at the time, by the majority, or even accepted as normal activities. Move forward to where we are now, and such behaviours are considered abhorent by society, so much so, that many of these, 'now deviants', have been retroactively hunted down like Nazi war criminals, or the 'witch hunts of McCarthyism, when hundreds of Americans were accused of being "communists" or "communist sympathisers". We blame the past, but limit our action in the present, to properly addressing these issues.

Rather than addressing our new views and beliefs with understanding, and honestly discovering some of the causes, we have a society encouraged to 'be out for blood'; to blame others for, "allowing" these things to happen. We have not become wiser; we have become pious and self-righteous - where those who have not been involved in such activities, or even previously had them in their minds, take the moral high ground, justifying loudly that they have no stray thoughts or debaucheries to declare!

The result of this - and many other spotlights on issues that now come under the tags of 'right', 'wrong' and 'political correctness' - is that we rarely get to talk with the oppressed, openly; to listen to their views, or fully understand why there are problems with the ways we have been carrying on, and what we can really do about them - not in several more years time - but now!

In my opinion, Britain has, over the past 34 years, become a country that has continued to lose faith in both its "experts" and its "politicians". This has largely come about through the dishonesty of self-protection, endemic among those who can hold on to their status through wealth and influence. This is not some 'lefty' comment against right-wing oppressors, but a statement of bi-partisan impartial observation. It's not only the Black, Asian, and minority ethnic societies who are feeling repressed and unheard - it's everyone. From the proletariate to the traditionally privileged middle classes - people want change. The real trouble however, is that many do not know what change they want! Having said that, most know what they feel is inherently unfair, and whoever you are, humans do seem to have an inner sense of justice and when that sense of justice is threatened and it seems to have no voice that will be heard, they feel deep pain, stress, and anguish. 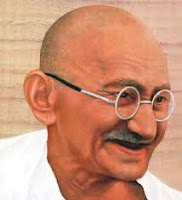 Mahatma Gandhi** is widely cited as saying: "Be the change you want to see." In other words, start to behave towards others, on a day to day basis, as you wish others to behave towards you. Show kindness and a willingness to co-operate with others and stop fighting against everything - whether it be people, diseases, or rights. Stop using confrontational language. Do not immediately take offense or umbrage. Remember the school bullies who did not have the vocabulary to express themselves? If they didn't like you, they just hit you! We all have emotional reactions to things and I am not saying we should simply suppress such feelings. It's how we manage those feelings by yes, accepting them, but also by turning them into something powerful in positive ways.

In our current world experience, many feel disenfranchised. This has not been helped by those wielding their might over others. There are definitely times when burning a bra or toppling a statue does more to bring something into stark focus, than writing a polite letter or email. If people will not be noticed through polite democracy, it is no surprise that eventually, other means will be resorted to. But when this happens, it is not going to help when those in authority insist on resorting to inappropriate or out-dated laws and heavy handedness, leading to arrests and incarceration. When thousands of people come together to protest, they obviously have some valid points to make. It is then beholden for those who have the means, in this case, politicians, to take positive action to address the concerns expressed and not simply fight against them. I believe, for example, that in the case of recent events, the approach taken by the leaders of Bristol, was the right one. How this is followed up of course, remains to be seen


"As a politician, one of your jobs is to understand your country"
- Marvin Rees, Mayor of Bristol

If only all people could be as intelligent and eloquent in their use of language, as Marvin:

Conversely, what a shame that Krishnan Guru-Murthy of Channel 4 News and [in other interviews] Home Secretary, Priti Patel, Secretary of State for the Home Department, have to tow their party lines, with no indication of understanding or empathy, for the actions which unfolded.

And surely, if we can be outraged by those who committed historical sex offences, we have an equal right to feel outraged by the practises of a slave trader - regardless of how much money he gave to his city! Which brings me to the very big Elephant in the room - money. How often have we seen those in elevated positions, using their wealth to influence the  outcomes of justice?

In conclusion, I believe we need to come up with much better ways of addressing complaints and upsets in our societies. We have become too used to hollow promises of change only resulting in bureaucratic committees spending thousands or millions of pounds or dollars, taking years to explore every detail, in order to only aportion blame to someone, producing a lengthy report that comments on a few things that went wrong and recommending changes that need to be implemented in some distant futue. Job done - let's move on! But no; it's not 'job done' - it's merely ticking boxes. Normal people at street level know exactly what needs to be done. Things need to be implemented immediately to properly address the very real concerns of so many. And where money is concerned, we now know that our UK Government, at least, can lay its hands on whatever amount of money is needed, when something has to be done. So that's one excuse they can no longer use. Now let's get rid of all their other excuses for not properly addressing inequalities in our society.

“It was all Mrs. Bumble. She would do it," urged Mr. Bumble; first looking round, to ascertain that his partner had left the room.

That is no excuse," returned Mr. Brownlow. "You were present on the occasion of the destruction of these trinkets, and, indeed, are the more guilty of the two, in the eye of the law; for the law supposes that your wife acts under your direction."

If the law supposes that," said Mr. Bumble, squeezing his hat emphatically in both hands, "the law is a ass — a idiot. If that's the eye of the law, the law is a bachelor; and the worst I wish the law is, that his eye may be opened by experience — by experience.”

An Indian lawyer, anti-colonial nationalist, and political ethicist, who employed nonviolent resistance to lead the successful campaign for India's independence from British Rule, and in turn inspire movements for civil rights and freedom across the world.