Coronavirus - An Opportunity Or Temporary Inconvenience?

Do you remember when UK schools were asked if they wanted to opt out of local authority control? For many, this seemed to offer a tremendous opportunity to become autonomous from the restrictions of the National Curriculum. Unfortunately, most of those managing the schools decided, that wasn't the opportunity they were looking at. In the end it came down to managing their own budgets and largely, carrying on as normal, in all other respects! An opportunity for real and meaningful educational change was lost. Education, previously 30 years behind society's changes, was hurled backwards a further 70 years. Stress levels among staff and pupils is now at stratospheric heights and the knock-on effects will remain with society for decades.

The same could be said for Coronavirus (Covid-19). The world has been given a wake-up call. If you think we're being inconvenienced now, what would happen in a full climate crisis? Now don't get me wrong, I'm not a climate activist. However, I do understand that continued mass production, human population expansion, and the raping of Earth's resources, with little concern for sustainability, is not the way to carry on. Using jobs and the benefits of a strong economy as the excuse to create further damage, is not a solution - it's deranged thinking!

The danger of a pandemic is that it is treated like a temporary and inconvenient blip in our otherwise normal carry-on. But this is an opportunity for people to reflect on what's really important? How much an individual really needs for a basic quality of existence? Interesting too, that one of the symptoms of Covid-19 is difficulty breathing. A planetary climate disaster could potentially leave us unable to breathe at all. 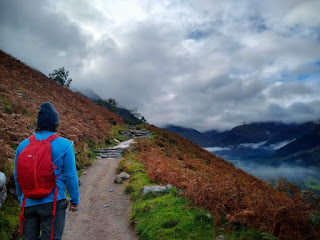 Like so many situations of peril, many people do not realise when they are in genuine danger. I'm not talking here about being mentally fearful of things for no good reason, I'm talking about finding yourself in a genuine risk to life situation, when the right action then needs to be taken. A good example of this, is going for a hike and the weather suddenly changing. You have practised, or 'read up on', survival skills, but you cannot quite believe that you are running into a problem. Instead of creating appropriate shelter and keeping warm and protected, you carry on walking. By the time you realise you are cold and the weather is not changing, it is much harder for you to take the action required - potentially leading to hypothermia and death.

We cannot allow ourselves to reach this situation on a global scale and yet, this is where we are on the planet right now. We are carrying on with global and exponential expansion of human business, not fully realising where this is leading. There are things that can be done to improve the situation, but continuing to blindly walk along in the same way, is not the answer. On an individual level, we can visualise the world we would rather be living in; we can visualise countries and their leaders adopting better choices.


"Immediately stop mass-producing things that are not really essential" 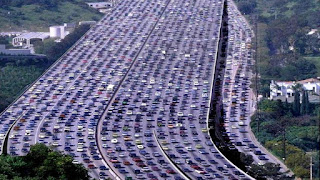 Despite what you may say, this collective desire for improvement can and does affect the world and those who inhabit it. At a physical level, we all need to change the we think, as much as the way we live. This does not mean we should return to being hunter-gatherers (although for those who are left, this may be the outcome). However, we can immediately stop mass-producing things that are not really essential. We can stop insisting that everyone has to work and have a job, to survive. We have technology that can environmentally provide many of the things we all need, leaving more time to enjoy being alive in a physical world. Radical societal change is needed. Political ideologies and out-dated business models, need to be put aside and people need to reflect on how they are carrying on.

The new aim should be to give people joy and value fulfilment - not enslavement in unwanted employment, producing unwanted junk, purely for the sake of turning a fast buck. 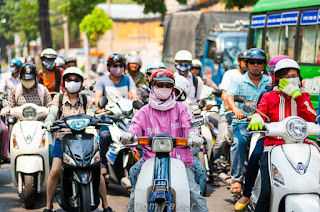 When enough people in a society lose hope and feel restricted in their ability to enjoy and express life, they create circumstances which  can potentially remove them from the game. Covid-19 is an example of a physical manifestation of human upset.* Similar things have arisen throughout the history of humans on the Earth. The destruction of Atlantis and the catastrophic Comet extinctions, are all examples when humanity has lost control and sight of its true and higher nature.

*When I say, Covid-19 is an example of a physical manifestation of human upset, I am saying that the circumstances for the creation or appearance of Covid-19, are brought into being, initially by the most appropriate means to match the collective emotions - even if someone was inspired to manufacture such a virus which then 'escaped'.

Here are some quotes from Seth. An entity residing outside of the restrictions imposed by our three dimensions and one of time:

“The kinds of diseases change through historical periods. Some become fashionable, others go out of style. All epidemics, however, are mass statements both biologically and psychically. They point to mass beliefs that have brought about certain physical conditions that are abhorrent at all levels. They often go hand-in-hand with war, and represent biological protests.

"Whenever the conditions of life are such that its quality is threatened, there will be such a mass statement. The quality of life must be at a certain level so that individuals of a species—of any and all species—can develop. In your species, the spiritual, mental and psychic abilities add a dimension that is biologically pertinent.

“There simply must be, for example, a freedom to express ideas, an individual tendency, a worldwide social and political context in which each individual can develop his or her abilities and contribute to the species as a whole. …

“More and more, the quality of your lives is formed through the subjective realities of your feelings and mental constructions. Again, beliefs that foster despair are biologically destructive. They cause the physical system to shut down. …

“Such conditions, however, are the results of beliefs, which are mental, and so the most vital work must always be done in that area.”

“The dynamics of health have nothing to do with inoculations. They reside in the consciousness of each being. In your terms they are regulated by emotions, desires, and thoughts."

“The facts are that you choose even the KIND of illness that you have according to the nature of your beliefs. You are immune from ill health as long as you believe that you are.”

“The act can be a very simple one. … In health terms, it involves conducting yourself once a day as though you were not sick in whatever way given you. But the belief in the present, reinforced for five minutes, plus such a physical action, will sometimes bring literally awesome results.”

“The inner self always attempts to maintain the body's equilibrium and health, but many times your own beliefs prevent it from coming to your aid with even half of the energy available to it.

“Often only when you are in dire straits do you open up the doors to this great energy, when it is much too clear that your previous beliefs and behavior have not worked.

“You have at your disposal the means to insure your health.”

“However it is your duty, and the duty of every individual insofar as it is within his power, to maintain his own psychic health and vitality; according to the strength of this vitality he will protect himself and others.

“Negative expectations, far from protecting either the individual or those with whom he comes in contact, will actually, to a greater or lesser degree, turn as destructive as any epidemic.”

“In the medical field, as in no other, you are faced directly with the full impact of your beliefs, for doctors are not the healthiest, but the least healthy. They fall prey to the beliefs to which they so heartily subscribe. Their concentration is upon disease, not health.”

“The naming and labeling of ‘diseases’ is a harmful practice that to a large extent denies the innate mobility and ever-changing quality of the psyche as expressed in flesh. You are told that you have ‘something.’

“Out of the blue ‘it’ has attacked you, and your most intimate organs, perhaps. You are USUALLY told that your emotions or beliefs or system of values have nothing to do with the unfortunate circumstances that beset you.

“The patient, therefore, often feels relatively powerless and at the mercy of any stray virus that might come along. The facts are that you choose even the kind of illness that you have according to the nature of your beliefs. You are immune from ill health as long as you believe that you are.

“These are quite practical statements. Your body has an over all body consciousness filled with energy and vitality. It automatically rights any imbalances, but your conscious beliefs also affect this body consciousness. Your muscles believe what you tell them about themselves. So does every other portion of your physical body.

“While you believe that only doctors can cure you, you had better go to them, because in the framework of your beliefs they are the only people who can help you.

“But the framework itself is limiting; and again, while you may be cured of one difficulty, you will only replace it with another as long as your beliefs cause you to have physical problems.”

The Nature of Personal Reality, Session 624


You can denounce this blog as utter rubbish, but if this is your belief, then unlike me, you have not researched deeply and broadly. Since our individual realities are quite different, all I will end with is the famous, Spock from Star Trek, sign off... 'live long and prosper'.

Link to articles written about schools opting out

Link to a later article from 25 March 2020: Nature is sending us a message