Searches online for the main two Manifestos arrive at Labour's slightly quicker than the Conservatives - and you can then download pdf copies.

The Conservative Manifesto (pdf file) totals 88 pages, and appears to be written (as a friend said) 'like a report of accounts, rather than information for normal people.'

The Labour Manifesto (pdf file) totals 128 pages, and appears to have content that is easier to digest.

One of the big issues I have had with some of the rhetoric, particularly from the Conservatives, is their American approach to selling their ideas. You speak for several minutes on the benefits of what you are offering, but refuse to let on what, exactly, you are offering that will produce those benefits. You get this a lot with American selling of personal development programmes. Half an hour of how great the programme is and what wonderful benefits you will receive, and how you will be much richer, in every way, by the end of the course. At the very end, it offers a single payment option of $500 or 4 payments of only $125 each. But of course, there are no guarantees that the programme will live up to its hype, or enable you to earn back your money in the first year of putting the training into practice.


If nothing else, one thing we have all learnt about Politics and Politicians, of any side, is that you cannot believe promises made to get into power and you cannot believe monetary figures  relating to how things will be paid for. The truth is, that no politicians can know for certain, exact figures. Everything is based on positive projections of best possible outcomes - not on what is in the vaults. Having worked in a number of organisations over the years, I have lost count of the times that bids were won on low outlay promises, but once won, suddenly required additional support to continue. Those that put in more realistic [higher] bids, often lost out. As another friend once said: 'Better to ask for forgiveness, than beg for permission.'

The remit laid out in the Conservative Manifesto is impressive in its scope and breadth and if I were to accept it at face value, I'd certainly be tempted to vote for them. However, it is promising much more than can reasonably be achieved or delivered - given that the past few years of essentially Conservative led governance has failed to come close to achieving most of the promises now being re-presented in new wrapping. Having been trained in secondary teaching, at the time of the introduction of the then new 'National Curriculum', the aims and objectives were both noble and encouraging. However, the reality, once at the cutting edge of the classroom, left much to be desired.

In trying to decide on who you should vote for in this coming UK Election, ignore the focus on glamorous spin; forget talk of where money is going to come from; and do not get groomed into thinking that the slickest presentation is going to give you the best desired outcomes. In addition to taking the time to consider, first hand, the Manifesto pledges, go with your gut instinct and your heart. If something sounds too good to be true, on either side, then it most likely is. The time for easily conjured statistics and manufactured 'rational' argument, has passed in this country. There are too many disconnected public opinions to wade through and both camps will argue for their own truths with immovable conviction.

Read through the Manifestos carefully and make sure you understand fully, what is being said and offered. If necessary, shut yourself in a silent room without distractions of people, newspapers, mobile smart devices, and television, and see which Manifesto produces the clarity you are really looking for and consider the implications of your choice, both for yourself and for society as a whole. Ask more questions, do some further research on and off line, if you need greater clarity. Ask yourself this question: What do I believe and why?

Now might also be the time to recall the expression, 'a Leopard cannot change its spots', when you read through these Manifestos. You may justifiably reflect on some of the woes of the previous Labour Government, but also bear in mind, that the Conservatives have now had a considerable amount of time to improve many of the things they are now talking about improving. Why have we not already seen some indication of these 'improvements', at street level? Despite their protestations, our society is showing a lot of cracks at present. A lot of those infamous 'hard working families' have not seen measurable improvements in their circumstances for several years and many young people are struggling to start out on their own. If you really feel you can say, 'sure there have been improvements', then how long has it taken thus far, and by a process of considered extrapolation, how long do you realistically expect it to take, to reach the final promised outcomes?

The current Government talks about delivering its promises, and perhaps at a country level of 'holding our heads above water', this has some truth. However, where it needs to be felt, at domestic street and home level, it is evidently not being felt.

Click on the images below, to read the Manifestos. 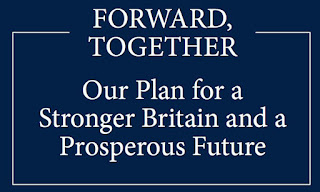 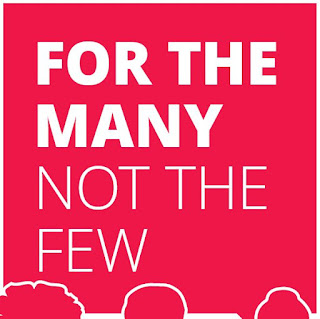 One of the complaints we hear a lot, is that the different political parties cannot produce accurate clarity on their funding.

Presumably, after the pro-Brexit campaigning, some lessons have been learnt about bandying about monetary figures - better not to mention too many specific costs that could come back and bite you later!

Apart from this, we surely have to accept that leaders on all sides are bound to make a few gaffs along the way, when doing the endless and tiring rounds of media promotion for their respective causes. Furthermore, the snap [U-turn] election, took everyone by surprise, and to be able to put together detailed Manifestos in such a short space of time, is quite an achievement.

A big bone of contention, between the parties, is the situation surrounding Britain's National Health Service. The Conservatives haven't endeared themselves to supporters of the NHS and May has said very publicly, that she is a supporter of the Naylor Report, which essentially puts the current NHS Trusts in a difficult position.


In a somewhat surprising turnaround of recent events, the concern that George Osborne's running of the London Evening Standard, might lead to biased reporting in favour of the Conservatives, now labels Theresa May's manifesto as the 'most disastrous in history'.

One of the issues facing the Labour Party, is their traditional approach to solving problems. Whilst the Conservatives make promises of growing a meritocracy, Labour could, if it's not careful, foster a mediocracy of dependency. 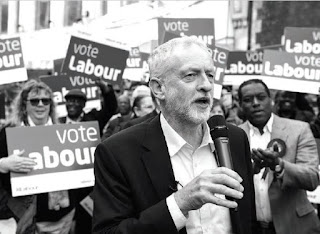 The issue with meritocracy, is that some people will never be able to compete in the assumed intellectual fashion - slipping through the net into a dark, underclass void. Conservatism is still very much about competition and 'survival of the fittest', but forgets that those of a less competitive nature and perhaps therefore, deemed to be lower down the pecking order, have an important role in maintaining the underlying structure and quality of life and value fulfilment in a society - supporting those 'higher up', with service industries and the creative arts. We have an odd, even somewhat perverse, practice in Britain, of rewarding those who bring in money and punishing those who struggle to generate even moderate levels of their own income.

The issue with mediocracy, is that some people will simply become dependent on others and not take responsibility for their own lives and the lifestyles they end up experiencing. There has to be a balance of both accepting personal responsibility and knowing that practical support for personal advancement is available to anyone who seeks it.

When it comes to Brexit, Labour is openly criticised for not being strong enough to negotiate for Britain's best interests, despite actually offering more detail than the Conservatives, in respect of how it intends to manage the process. The argument that Corbyn thinks 'money grows on trees' does not stand up to scrutiny, when you see that the Conservatives appear to have even less idea of where their money for reform is going to come from. There's a lot of bluster and hyperbole, but exactly, what is being helpfully presented?

On another note...
Perhaps we shouldn't take higher taxes from corporations, as money that goes back into the Government's pockets. Perhaps we should instead, make it a law, that the amount of that proposed increase in corporation tax should instead be given directly to community and social causes within Britain - decided on by the companies affected, and enabling everyone to see the contribution being made. It could also be a way to dispel a lot of the resentment poorer people have for richer people doing so well.

I liken this idea to that of paying everyone in the country, a minimum cost of living income - particularly as we move towards more roles being taken over by automation. Great idea in some ways but totally inappropriate in others - namely, that many people would not use that income in the way intended. Better to give a percentage of free gas and electricity or similar help that then releases any additional income or conventional earnings, for having a better lifestyle.

Putting up a basic minimum wage, at the same time as increasing cost of living, is the same as leaving everything as it is. It does not work to give more money and then immediately put in systems and policies that allow it to be taken away again, or in the case of many situations, leave people actually worse off after an increase.

We must also accept, that not every member of our society has the same capabilities. You cannot say to an Elephant, that all animals should be able to climb trees, to prove their worth to the rest of the animal kingdom.

Anyway... good luck, and may you get the Government you truly deserve!